NZ Rugby Getting Its Priorities Straight 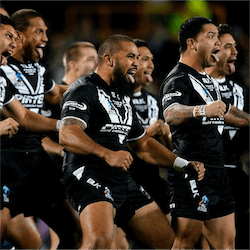 The year so far has been riddled with pay-disputes, the most prominent most probably the lengthy to and fro between Cricket Australia and the Australian Cricketers Association.  But it’s not a fight that is limited to cricket only – it’s also very revealing of another thorn in the side of international sports: gender equality.

It’s no secret that men’s sport enjoys better funding than women’s sport by any measure.  The topic seems to be repeating itself more prominently of late, with the latest remarks made by Auckland mayor Phil Goff at the toasting of the Black Ferns unrivalled World Cup success at the Vodafone Events Centre.  Never one to try and side-step an uncomfortable undercurrent, Goff jumped right in, saying that the Black Ferns did not enjoy the remuneration that they deserved as professionals, despite the fact that they were indeed professionals.

The fact that many of the Black Ferns were not able to attend the celebrations due to work or study commitments outside of Rugby really drove the theme of the day home.  Retiring captain Fa’amausili, who has now officially won four out of five World Cup events, had to return to everyday responsibilities shortly after the conclusion of this year’s Women’s World Cup.  According to Fa’amausili, this type of reality only indicates exactly how driven the team is.  She said it was a matter of wearing the jersey and country’s colours with pride, despite not getting everything handed to them on a silver platter.

The most stark comparison lies in the actual figures.  The All Blacks earn $7,500 a week while in camp – with the Black Ferns taking home considerably less at $2,000 a week.  Impey acknowledged that the challenge was to go the extra mile and in order to do that, commercial realism had to be brought into the mix – New Zealand Rugby simply isn’t able to move that particular mountain on its own.

Impey went on to say that the answer was probably government agency support, and that the cause was definitely one that was worth supporting as women’s sport is officially the largest global growth on the planet – especially women’s rugby.

Impey said an important spoke in the wheel would be to bridge the divide between the provincial and international game.