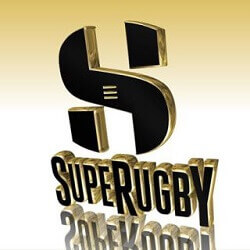 The New Zealand government not long ago proposed the idea to form a new Super Rugby team – one that would be based in the pacific – as a way to try and lessen the fast rate that Chinese sport has been growing in the region.

Recently, a number of former players and administrators have come forward and added their support to the idea. Despite the new support, many believe that there would still be a series of challenges to overcome before anything could come to fruition.

If the plan were to move forward, the team would be based in Suva, and would participate in games that took place in Auckland, Sydney, Tonga, and Samoa.

Sir Bryan Williams, former All Black, and who has previously coached for Manu Samoa, has said he believes all the islands would benefit from the idea. “One of the things that’s been to the real detriment of Pacific Island rugby is the fact that they’re not involved in Super Rugby and, as a result, they can’t generate the sort of income that everyone else can,” he stated. “It would give players the right sort of competition week to week and generate the right sort of income that will allow them to compete at the very top level.”

Many other big names in the industry have come forward to voice their support for the Pacific team, but others also maintain that without financial support from the New Zealand government, the plan would be extremely difficult to pull off.