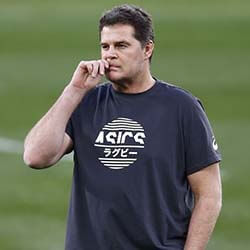 Rassie Erasmus, South Africa’s director of rugby, has been found guilty of making threats towards a referee during the recent Lions tour to the country.

As a result, Erasmus has now been banned from attending any match-day activities until September, and any general rugby activities for a period of two months. He was reportedly found guilty on a total of six charges, one of which had been threats allegedly made towards referee Nic Berry.

In additional restitution, Erasmus will now have to apologise to Lions match officials for his behaviour. He’s also received a warning over his future conduct, both on as well as away from the field.

The rugby director faced the first of the charges already after he released a 62-minute video immediately after the first Lions Test. During the video, Erasmus repeatedly criticised Berry and his performance as referee.

For their role in failing to ensure the rugby director complied with the World Rugby Code of Conduct, the South Africa rugby union has been fined an mount of £20,000.00.

Both Erasmus and the union have indicated that they intend on appealing against the decision.

According to findings made by a World Rugby investigations committee, Erasmus had already before the video had been made threatened Berry with the fact that he would be doing so, as well as the fact that he (Erasmus) would be criticising the referee’s decisions on the field.

In the video, Erasmus rips apart at least 36 of the refereeing decisions made by Berry.