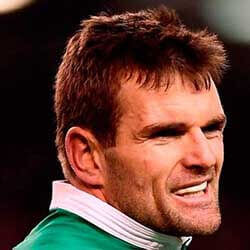 Jared Payne, a New Zealand-born Irish rugby player has recently announced his retirement as a professional player due to a concussion he sustained while on the Lions Tour to New Zealand.

Payne, 32, will be taking up the role as a defence coach instead, working for Ulster, a province situated in Northern Ireland.

The injury was caused during a try-scoring run against the Chiefs in June last year, where he knocked his head and suffered a severe concussion. That was the last time Payne saw any action on the field, almost a year prior, and has since spent his time recovering, but the injury has dampened any future career options for the player almost a year later after he received it.

Payne has told reporters that while he enjoyed his professional career, nothing last forever. He continued by saying that rugby took him to places all over the world, and allowed him to make lifelong friends. He said that while he will miss time on the field immensely, he can’t ignore the medical advice offered to him by professionals, and that he will unfortunately have to give up his dream of playing any more games in the future as a dedicated team player.

Payne is originally from Tauranga, and has further announced his intentions to work alongside Ireland’s national team. The team will be heading out on Tour to Australia in coming months, where Payne will accompany the team as an assistance coach.