Rugby Fever Mounts Ahead Of September 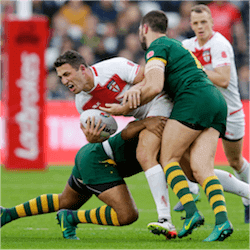 Dublin’s 51 700 seater Aviva Stadium will host the very first Pro14 Rugby final in 2018.  Southern Kings CEO Charl Crous attended the official launch of the enlarged European Pro14 Tournament in Dublin on August 23.  Rugby fever is in the air and is mounting ahead of September the 2nd, when the Kings go head to head with Scarlets in Wales.

Crous said that the supporters were the true beneficiaries of the development of Pro14 as it was a completely different ball-game to the Curry Cup and Super Rugby.  Pro14 is something completely new and fresh.

Pro14 chief executive officer Martin Anayi said that Aviva was a world-class arena and that that had been the deciding factor when a venue had to be chosen for a showpiece game such as the Pro14 final.  The size of the Pro14 series had been increased as well – mainly as a result of the expansion into South Africa and the inclusion of the Cheetahs and the Southern Kings.  This ultimately translates to six teams being able to compete in the knock-out stages.

Kings To Hit The Ground Running

The Kings have been left with precious little time to prepare for the opening match against the Scarlets, after having had to bear the brunt of the departure of the bulk of their Super Rugby team.  Head coach Deon Davids responded by saying that the Kings were determined to hit the ground running, despite the challenges.  He said that he was confident that a great team had been put together, competitive in every way – mainly due to a healthy combination of youth and experience.

The Scarlets will have to make do without the help of the British and Irish Lions centre Jonathan Davies on September the 2nd.  In fact, he will miss the matches against both the Kings as well as against Zebre.

To take things up a further notch in the challenging department, the Scarlets will also be without hooker and Captain Ken Owens.  Head coach Wayne Privac has however confirmed that the signing of Leigh Halfpenny was well under way ahead of the September 2 clash.

It is Davies that will in all probability be missed the most during the opening match.  Privac believes Davies to currently being one of the best centres in the world, especially after having witnessed his supreme display during the three Lions tests.

Privac describes Davies as being one of the best out there – by any measure.