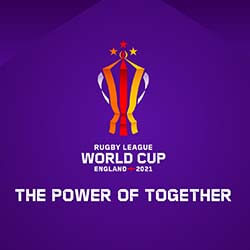 With the Rugby League World Cup set to take place this October, the world waits in bated breath to find out if the games will continue. Organisers have refused to cancel the competition, and as a result, the Kiwis and Kangaroos will not be competing in the tournament.

Both the Australian Rugby League Commission (ARLC) and New Zealand Rugby League (NZRL) have confirmed that they will not be sending players to England as they are concerned for their safety. They informed the Rugby League World Cup (RLWC) and International Rugby League (IRL) of their decision on Thursday.

ARLC and NZRL have asked organisers and officials to postpone the tournament until 2022 to reduce the risk of players contracting the COVID-19 virus. In addition to this, the teams would run the risk of sending depleted teams to compete as star players would be unavailable to travel due to personal reasons. However, organisers have stated that the tournament will be going ahead.

Of course, the RLWC is not happy about the decision, stating that they are disappointed by the announcement that may lead to a wide range of implications for the IRL. They added that this last-minute decision has promoted discussions with stakeholders to determine the best way forward for the tournament.

ARLC chairman Peter V’landys has said that it was a difficult decision to make, but their players’ wellbeing and safety needs to be put first. With conditions worsening in Australia and players already being forced to spend time away from home, it makes sense that the teams would reach this conclusion.