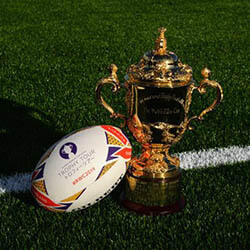 New Zealand and Samoan athletes taking part in the Rugby World Cup will be covering the tattoos on their arms and legs while visiting the country. This is being done as a nod of cultural respect, as tattoos within the country are often associated with organised crime syndicates. Tattooed people in japan are often prohibited from entering hot springs, pools, and bathhouses, but in Samoa, tattoos are part of their cultural heritage.

Rugby officials had warned players about a ban to any bathhouses and hot springs, but many facilities have explained that they intend to relax their rules, especially with an estimated 400000 people visiting the country for the competition. Tourism officials have stated that they would allow hot spring owners to decide whether to allow tourists to enter their establishments with their tattoos covered or not.

It’s a problem that might pop up again before the start of the Olympic Games next summer, something that was brought up by a city public relations official in Atami. Samoa’s first game will be against Russia at Kumagaya, where they will be playing in Pool A along with Russia, japan, Scotland, and Ireland, and all of its players intend to wear skin covering when asked. In New Zealand, tattoos are extremely common among the Pacific Island and Maori communities, but many have stated that they would remain respectful of their hosts, and that they would embrace their culture, adding that they were happy to cover up.