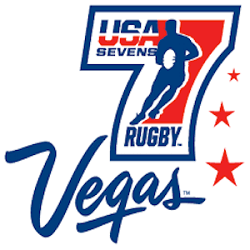 South Africa’s Rugby Sevens team has once again been at the receiving end of the luck of the draw as they head for the Las Vegas instalment of the Rugby Sevens competition. The Blitzboks will be competing in a very easy-looking Pool B alongside England, fresh off a runner-up finish in Hamilton when they were beat 24-17 by Fiji in the final.

En route to that particular final, they thumped England 28-7, no doubt the maker of great confidence at this stage of the competition. The win also extended their lead over second-placed New Zealand at the top of the tournament standings.

Joining South Africa and England in Pool B will be Canada and Wales.

Technically it should be easy pickings for the South African side, with England currently sixth in the overall standings and Canada and Wales in 11th and 13th places, respectively.

Following their sterling result in Hamilton, Fiji will be competing alongside Kenya, France and Russia in Pool A. Australia, Samoa, the USA and Spain will be settling matters in Pool C and Pool D will consist of a very volatile and interesting mix of New Zealand, Scotland, Argentina and a 16th team that has yet to be named.

A Corner-Stone Of Half Centuries

A total of six notable changes has been made to the South African side leading up to the Las Vegas leg of the competition. Most crucial perhaps, is the return of captain Philip Snyman, who will be making his return from time off due to injury. Snyman is one of only six South Africans to have played in more than 50 Sevens Series Tournaments and is a highly experienced player with a lot of tenacity.

Snyman missed out on the Hamilton instalment of the tournament which recently took place in New Zealand but reports being ready for Las Vegas. Snyman isn’t the only South African headed for Las Vegas with more than a half-century of games under the belt. Kyle Brown (62), Branco du Preez (57) and Cecil Afrika (55) will be the makings of the rest of the experienced backbone headed Las Vegas.

Newcomer Muller du Plessis will in all likelihood make his debut for South Africa in Las Vegas, having initially joined the team headed for Hamilton before he was ruled out following a knock sustained during training. Du Plessis is now 18 years of age and one of the younger members of the team.