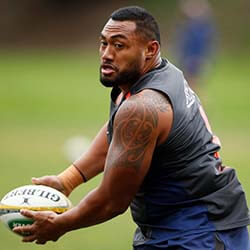 Former Wallaby Sekope Kepu has found himself in the middle of an argument between two Counties Manukau rugby clubs. After appearing in a game for Karaka in the club semi-final against Manurewa. He stepped in at halftime and is believed to have led the team to victory as they ended up winning 36-25. Before the break, they were behind by 15 points.

Kepu is supposed to play for Counties-Manukau in the next two seasons. The issue that has come about as a result of his recent appearance is that he had only played one game for the team before the sudden death game. Four games are the benchmark but were bypassed after the club applied for dispensation.

Manurewa president Kere Maihi alleges that the executive was bullied into agreeing, a claim that Karaka has rejected. The reason for the dispensation was due to a shortage of front rowers having lost two players to the Tongan national squad.

Maihi has stated that although no rules had been broken but believes that the spirit of the game had been ignored. Fast-tracking players should not be allowed, it is something that needs to be earned.

Karaka president Craig Bullock is disappointed by the allegations, adding that one player does not make a difference to the score line. He further states that the delayed dispensation application was as a result of waiting to see if the other props would be available. There was no deceitfulness in the way that the process was handled.