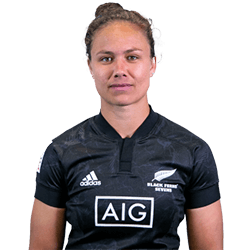 So eager has Sevens star Rubi Tui become to get back to playing sport that she’s started to hear a whistle in her dreams.

New Zealand’s Black Ferns Sevens have been severely impacted by the global sports hiatus – and perhaps more so than most other national NZ sporting teams. And adding to the stress has undoubtedly been the World Rugby Women’s Sevens Series that has been placed on ice since the Sydney Sevens that was played last February. The champion sevens team had been looking forward to competing alongside 11 other nations across 8 countries in tournaments initially scheduled to commence early in 2021.

Tui said what has been toughest of all has been to watch the sport come to an effective standstill on the international stage. Travel and other restrictions have made it impossible to continue as planned in the wake of the global health crisis.

It’s also a situation that has seen the team confined to their training grounds in Tauranga for the past 12 months, which is something that has undoubtedly had a negative impact on most players.

But despite the many ups and downs that players have had to face over the past year, Tui said she truly believes everything has been crucial – necessary even – for future challenges the team is about to head into. Dealing with the situation as best they can, has been the prevailing circumstance not only for New Zealand, but also for every other country, said Tui.

The focus now is to make the best of whatever comes the champion team’s way.