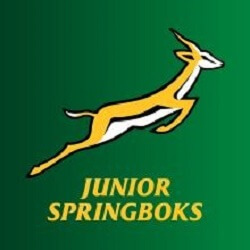 The Junior Springboks have been on a downward spiral in the last few years, having last won the World Rugby U20 Champions title six years ago. This has been part of a six year trend that shows the Boks have been losing more games successively than ever before.

Their recent loss of 32-31 at the hands of England during the semi-finals was just another in a long line of five consecutive losses in as many years. The loss to England has highlighted a trend among the Junior Boks, one that shouldn’t be happening at all.

Some believe that the Boks shouldn’t be facing these kinds of losses, as when the Under-21 World Championship was still in circuit, the Boks had won it three times between the years of 1999 and 2007. When the tournament was rearranged to be an under-20s event, the Boks would go on to only win one match since, meaning that they have only won a single game in the 11 years that the Championships have been active.

No one is really sure why the Junior Boks have seen such misfortune over the last decade, and although coach Chean Roux has repeatedly assured reporters that their preparation is extensive, the trend has continued. Plans have already been made for an attempt at improving the team’s tactics on the field in preparation for next year’s games, but will remain to be seen whether the Junior Boks are able to pull themselves out of their current slump.