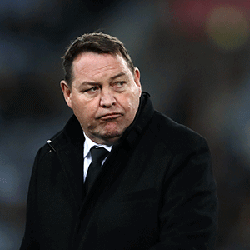 When Steve Hansen started receiving a salary from the Canterbury Rugby Football Union roughly 25 years ago, the chance of him receiving additional honours seemed remote, almost impossible. During the middle part of the 1990s, he was just another ambitious man trying to make his way in the Rugby coaching and administration fields. His immediate goal was to create a good balance sheet and win more games than he lost, and he was not what would be described as well known. But he’s now been honoured not just by the Rugby world, but his country!

Steve Hansen served for a long time as a coach for the mighty All Blacks, notching up a World Cup win for his squad, and has been knighted. He was part of the reorganisation of the team and saw that they became the force to be reckoned with they remain to this day.

Hansen was part of the All Blacks family for 16 years, spending the second eight as head coach. The shocking defeat to England the team suffered, at 19-7, in the World Cup Semi-Final in Yokohama ruined the perfect ending to his time with them this year. He steps down, however, as one of the single most successful Rugby Union coaches of all time.

The 60-year old veteran enjoys a record that coaches in any sport would envy, winning 92 of 106 Tests, with only four draws and just ten losses. This gives him a winning ratio of 86.7%.