The Crusaders Recruit McKay and Ranger 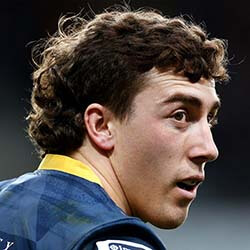 Ahead of the Super Rugby Aotearoa campaign, the Crusaders have signed up Josh McKay and Rene Ranger, formerly of the Highlanders and the Blues, respectively. Both have been brought in due to Crusaders’ players’ injuries.

McKay specifically was confirmed as Braydon Ennor’s replacement. The All Black will not be playing the SRA because he’s in recovery for a torn anterior cruciate ligament. For his part, Ranger is likely to be on board for between three and four weeks of the tournaments because George Bridge and Manasa Mataele, Crusaders’ wings, are both out because of pectoral injuries. Ranger has racked up a tally of 76 games for the Blues and also played for the All Blacks six times. He is fresh off the Mitre 10 Cup campaign with Northland and is not just an incredibly powerful runner. Ranger can also play both in the midfield and on the wing.

But it’s most likely that Ranger will be put to work in the midfield because Ennor being out leaves the team light in this area. His explosive back will no doubt be put to excellent use as the 11-time champions try to take their 12th victory. Ranger’s ability to break the line and excellent pace has seen him shine in a range of positions, but giving the backline some solidity would be our guess to his job with the Crusaders

Luckily the Crusaders have a lot of experienced options as far as replacing Bridge and Mataele are concerned. Players that could take their spots include Isaiah Punivai, Leicester Fainga’anuku, Rookies Chay Fihaki Sevu Reece, and Will Jordan.