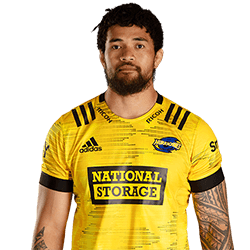 Vaea Fifita is the latest Hurricanes player to announce his departure as he signs with an overseas team. He has announced that he has signed with the Wasps and will be joining the English Premiership.

With 11 tests behind his name, the 29-year-old loose forward has signed the dotted line and will be heading to England, where he will join former teammates Jeff Toomaga-Allen and Brad Shields next season.

Additional players that have announced their departure during the Super Rugby offseason include Vince Aso – who will also be playing for Wellington this year – and Ngani Laumape. They will be moving to Japan and France respectively as they seek to take their careers to the next level. Also moving to Japan are Chiefs loose forward Lachlan Boshier as well as Blues player Otere Black.

Laumape announced his move after being overlooked by All Blacks selectors while Aso has signed a three-year deal with Japan that will commence once he has finished playing for Wellington this year. While Black has announced his move back to Japan, details around the contract are yet to be discussed.

He is proud to be joining the club and is excited to start his journey with the Wasps. He wants to contribute to the one going success of this historic team. His family will be joining him as he makes the move and shares his excitement about what the future could hold. He is grateful for his time spent in New Zealand and appreciates everything that the Hurricanes have done for him during his time with the club.