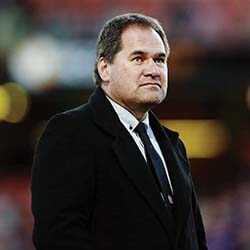 Dave Rennie has made some changes to the Wallabies lineup. This is as everyone readies for the Rugby Championship opener against the All Blacks at Eden Park on August 14, 2021.

He’s decided that his young backline could do with some experience and added Matt To’omua. The 31-year old player performed with flying colours last week when he came off the bench to help the team finish strongly. Although the game ended with a 33-25 loss, To’omua’s flurry of ties sees the player get a well-deserved start as inside centre.

23-year old Hunter Paisami has been moved to outside centre. This is to accommodate him in light of 22-year old Len Ikitau being dropped to the bench and gives the Wallabies the best chance at securing the Bledisloe Cup.

29-year old Marika Koroibete will again take his place on the left wing after missing out on last week’s Test. 22-year old Rob Valetini moves to the No. 8 position, making room for 24-year old Lachlan Swinton to be blindside flanker. 27-year old Matt Philip has advanced to the starting lock position.

Rennie seems undaunted by the 35-year break since the last win by the Wallabies, saying he’s excited about getting a chance to offset the disappointment of last week’s match. He explained that beating the All Blacks requires that teams have to win the collisions.

He added that a clinical approach is required, one that they failed to bring to the field the last time but certainly would have in place for the next game.