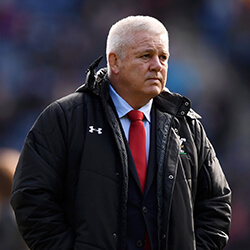 Warren Gatland will be taking over the Chiefs in his native country of New Zealand once his contract with Wales comes to an end after the World Cup. The 55 year old will be replacing Colin Cooper, who will be stepping down from his current coaching position.

Gatland will be coaching the Chiefs for 2020, and then be released to take charge of the British and Irish Lions, before returning to Hamilton for another two seasons. Gatland told reporters earlier in the year that he wanted to coach a Super Rigby Team, saying that he would loved to be involved with Super Rugby and to challenge himself for that, a statement he made after being confirmed as coach for the Lions.

He added that he wanted to go back, and that he has been head coach with Waikato and had won a championship there, adding that he wants to challenge himself further with Super Rugby,

Gatland has been involved in coaching in the northern hemisphere for almost three decades, and has held roles with Ireland, Wasps, Wales, Connacht, and the Lions. With over 10 years with Wales, Gatland won three Grand Slams, and a further Six Nations championship victories as he reached the semi finals of the 2011 World Cup. The former Waikato hooker had coached the Lions to a series win against Australia in 2013, and had drawn a series in New Zealand four years later, and will be continuing to coach indefinitely.