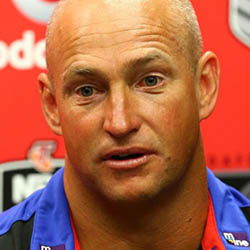 The Warriors have brought in Newcastle Knights boss Nathan Brown, who is set to take a new role as specialist coach. The team has made a number of changes to their coaching set up, with one of the biggest being the hiring of former Newcastle Knights coach Nathan Brown, who will become their specialist coach. The deal will be for brown to work with the Warriors’ hookers through to the end of the preseason, but there will be further discussion closer to that time whether he will have a more permanent role at the club.

Other changes being made to the team include Brian Smith leaving as the general manager, along with the club’s reserve grade coach Nathan Cayless also departing indefinitely. Justin Morgan, who had been working as the assistant coach with the Warriors women’s team last season, will be replacing Cayless, while 2019 Jersey Flegg Cup coach Greg Boulous will become coach and Future Warriors Programme general manager.

Craig Twentyman, who had been working with the Australian sevens team, will be the new head of the performance department, while former Kiwi Griffin had singed on as Future Warriors Programme Coach. Brown had started his career with the Dragons before he left to the UK, and was able to lift the team up during his time there. He remains a coach that is held in high regard, and Cameron George, CEO of the Warriors, was delighted that the coach wanted to return to New Zealand.