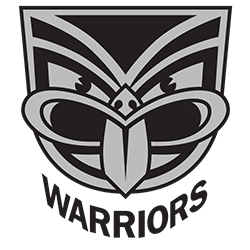 The New Zealand Warriors say they won’t be putting undue pressure on Adam Blair over him providing the club with an answer about this future – at least not before the end of the current NRL season.

The former Kiwis captain has been trying to decide whether or not to remain with the Warriors for another year – being 2021. He however appears to be undecided about the future and replied to reporters’ questions by saying that whatever he ends up deciding, his ultimate decision will reflect whatever he deems to be best for his family.

So eager are the Warriors to help Blair focus on his current game and NRL season, that they’ve apparently become nervous over the possibility of him falling into a poor performance rut because of a constant sweating of the 2021 decision. Informing him of their decision to grant him leeway, is rumoured to be their attempt at getting him to continue his bounce-back NRL season.

Blair has periodically let on at least some of what he seems to be leaning towards as far as the future is concerned. But he’s at other times also sent mixed signals. The former captain a little over a week ago spoke of how remaining with the team remains an option for him, but that whatever he ends up doing going forward, it’s also important to him to enjoy what’s left of the current year – just in case it happens to be his final year playing footy.

Though obviously eager to secure the player for another season, the Warriors won’t be completely miffed if he does eventually decide to pack up and go. In the event that Blair does end up retiring at the end of the current season, there shouldn’t be any shortage of players interested in and capable of replacing him.