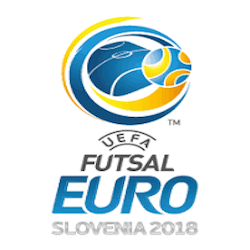 It will be up to 7-times champions Spain to defend the title once more when the UEFA Futsal Championship rolls around on January 30th.  They will have to keep the European crown from some of the world’s best, including Portugal, Russia and Italy.

Besides the battle for the crown that will commence in January, there is also another fight raging on the sidelines ahead of the time: the battle of the official broadcasters and sponsors.  After spending a considerable amount of time shaping up ship, coming to light with fresh and original sporting content and shaking up the very core of its organisational structure, TV group MTG has successfully acquired the Nordic broadcasting rights for the biggest international competition in Europe: the UEFA Futsal Championship.

Biggest And Most Explosive In Europe Today

MTG Sport’s CEO Peter Norrelund has confirmed the announcement and has said that it was an honour to be involved with the media rights of the biggest and most explosive championship tournament in Europe at the moment.

He went on to say that the 2018 instalment of the tournament was expected to be even better than previous years and that MTG desired to bring the levels of fast-paced excitement only found in a tournament such as this to the people of the Nordic regions on more and bigger television screens than ever before in the past.

Banco Santander Officially On Board

Banco Santander is a commercial bank by trade and was established in 1857.  The organisation’s headquarters are situated in Spain.  It enjoys the business of a whopping estimated 131 million loyal customers and as such has a significant market share in ten countries across Europe and America.

Banco Santander isn’t all figures and no substance.  The group is one of the world’s top banks when considering overall market value, which makes them the perfect sponsorship partner for a tournament such as UEFA Futsal.

UEFA Events marketing director Guy-Laurent Epstein said that it was a street that went both ways in terms of benefits and that UEFA Champions League was delighted to welcome the bank group to the UEFA sponsorship family.