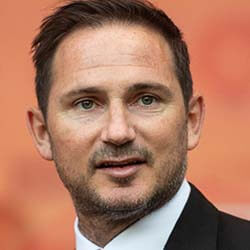 Frank Lampard has agreed to a deal to become Everton’s manager for the next two and a half years. This means Lampard makes his return to management precisely a year after his big Chelsea exit.

Lampard succeeds Rafael Benitez, who was booted after Jan. 16’s loss to Norwich City. Lampard was reportedly offered the job after he impressed major shareholder Farhad Moshiri during his interview.

For the 43-year-old, his first order of business will be to direct Everton towards Premier League safety. Currently placed 16th on the table, they’re hovering at only four points above the downgrade zone. As for his first match with the club, Lampard will be in charge of the FA Cup fourth-round tie on home soil opposite Brentford on Saturday. His first away game will be against Newcastle on Feb. 8.

The new Everton GM is expected to call on Dutch midfielder and Man-U loan Donny van de Beek for the game against Newcastle. Van de Beek enjoyed but limited playing time at Man-U under Ole Gunnar Solskjaer and Ralf Rangnick. There is reportedly no option to buy included in the loan-deal.

Lampard’s appointment marks the end of a tumultuous week which reached an all-time low when Everton suffered a home-defeat to Aston Villa. His support staff at the club will include Joe Edwards and Chris Jones, both formerly with Chelsea. He had reportedly also wanted Anthony Barry to join him in the backroom, but Barry decided to stay on with Chelsea.