Arsenal Draws Even With Standard Liege 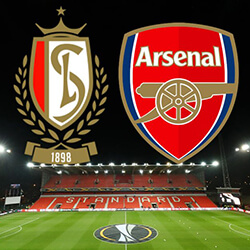 Arsenal managed to pull themselves back from two goals behind to draw even with Standard Liege and advance to the last 32 of the Europa League as the current group winners. The Gunners were all but ready to move on before the kick off, with the hosts requiring a final score of 5-0 in order to prevent their opponents from making it to the knockout rounds, a result that looked extremely unlikely after a first half that Arsenal had edged.

Despite this, Samuel Bastien was able to push the hosts ahead after the restart when his shot was deflected off of Sokratis and beyond Emiliano Maritnez. The goal was able to boost the hosts but also knocked the confidence of the Arsenal side, who became more nervous when Liege were able to score a second point thanks to Selim Amallah’s strike that was shot from the inside and flew into the far corner thanks to a slight deflection from Konstatinos Mavropanos.

That strike proved to be what was needed to set up a final and tense 20 minutes as the hosts continued to pursue their unlikely result, but Alexander Lacazette was able to settle the nerves of his side when he converted a header. Bukayo Saka then drew the score to even with just 10 minutes left of the game to go as he curled an otherwise neat finish straight into the corner, and secured the draw that the team needed to take top of Group F.