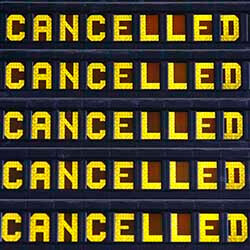 It’s been reported that over 1000 Liverpool fans were left stranded after a travel firm cancelled three separate flights to the capital of Kiev. The cancellations caused outcry among the fans, as it has caused risk of them missing the much-anticipated Champions League final game that is taking place in the city.

The company in question, Worldchoice Sports, took to Facebook to announce to the fans that it was unable to secure enough landing slots, and issued a ‘huge apology’ to the stranded ticket-holders. They have since issued a statement, saying that they had to cancel three flights to Kiev and conveyed their “deep regret.” They explained that Kiev Boryspil was unable to allocate times for the flights, which caused the cancellations.

They went on to state that although they have worked hard to resolve the problems, the cancellations were unavoidable. They reiterate that the problem lies with Kiev, and that despite their attempts to secure landing spots through timely and legitimate means, they had no choice but to cancel.

The news comes as more people grow angry over the constant accommodation and travel cost problems involved with travelling to the city for the Champions League final, and many have decried Kiev’s inadequate infrastructure as the cause. The Ukraine government as well as UEFA officials have been working together to try and resolve the problems, but have so far been unable to accommodate the influx of the thousands of attending fans wanting to visit the city.