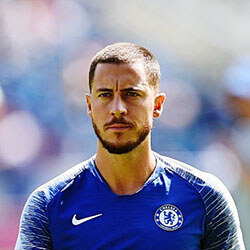 The Belgian striker finished off the Carabao Cup tie in Chelsea’s favour during a game where Jurgen Klopp’s side lost the second half lead thanks to a piece of questionable refereeing, as well as the stunning play by Hazard. Despite being the most successful club in League Cup history, Liverpool won’t be be able to add this to their tally this season. Despite Hazard’s impressive performance, it was an otherwise disappointing game for both teams.

The first 45 minutes of the game saw both sides playing slowly and disjointed, but delivered a much more rousing second half. Liverpool, who were in the lead thanks to Daniel Sturridge’s fantastic strike, were left to defend as they were unable to push their lead any further.

Emerson Palmieri managed to pack an equaliser before Hazard, who had previously been benched, delivered the win for Maurizio Sarri’s side. It was a goal that left the audience cheering, and Hazard took the ball across the field, dropping past Roverto Firmino, swapping passes with Cesar Azpilicuete, and then heading for the goal on the right flank.

He then managed to pull away from Naby Keita, and slipped into the penalty area and got the winning goal between the legs of Alberto Moreno. It was a fantastic goal, one fit to win any game, and a blow that was struck by the London team ahead of the upcoming Premier League that is set to take place at Stamford Bridge.