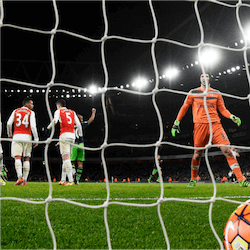 The English Premier League (also known as the Barclays Premier League), first launched in 1992, and quickly became the most popular sports league that the world had ever seen.  The league consists of 20 times each playing one away game and one home game – equalling to a total of 38 games played during the season.  The Football Premier League season runs from August through May of the following year.

Interestingly enough, the Football Premier League has no winter break, running right through – except when there is a FIFA-mandated break during a particular season, enabling players to temporarily break away from the league in order to play in international games for their respective countries.

The Premier League teams finishing up in the bottom three positions during each season are relocated to the second tier of English Football, simply known as the Championship.

A number of subtle changes have been implemented ahead of the 2017 / 2018 season.  Some of the key changes are:

Rules aside, it will also be the year of a new ball.  This year it will be the turn of the Nike Ordem V, described by its manufacturer as being a design solely focused on being performance-orientated.  The ball is further enhanced by 3D ink as well as technology known as Distorted Motion Graphics – flickering as the ball rotates.

If you’re looking to own one as a fan, it will set you back a cool 100 British big ones.

An Opening Weekend Surpassing All Others

Some have hailed the 2017 / 2018 opening weekend as being the best that Premier League Football has ever seen.  Friday night saw Arsenal beating Leicester to the post in a 4-3 win at Emirates Stadium.  Wayne Rooney made an emotional comeback, enabling a 1-0 win by the Toffees over rival Stoke at Goodison Park.

Manchester City reigned supreme over Brighton and Tottenham all but bulldozed over Newcastle.

It was Manchester United that provided the ultimate thrill – thrashing West Ham, 4-0.