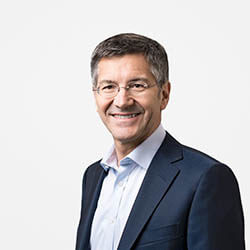 Herbert Hainer, President and Supervisory Board Chairman of FC Bayern Munich thinks very highly of All White attacking midfielder Sarpreet Singh. Hainer believes that Singh is one of just four prospects who could potentially carve out successful careers in Germany’s Bundesliga.

Although Singh has predominantly been playing for Bayern’s reserve team in the German Liga since he secured the dream transfer from Wellington Phoenix, Hainer stated that it’s really just a matter of time before the 20-year old makes his mark in the top flight.

Hainer said that his Football Club aims to bring players up through their own ranks and he let it be known that Bayern Munich now has four players in permanent positions with the first team. They are Joshua Zirkzee, Leon Dajaku, Olivia Batista-Meier, and Sarpreet Singh. He announced that all four will go on to play for Bundesliga, saying he’s happy to back himself in making this prediction and that some of them will also make it at Bayern.

When Singh made his Bundesliga debut against Werder Bremen in December last year he became only the second New Zealand to play in German top ranking team. The other was Wynton Rufer. Rufer later said that Singh’s story is a wonderful inspiration for all the youngsters out there dreaming of bright futures in the world of Football.

After getting suspended for two games, Singh made a remarkable return to action for the Bayern reserve team on Sunday. He scored two goals off the bench and helped clinch a win over Viktoria Koln with a final score of 4 – 2.