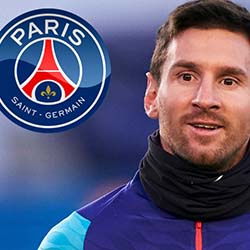 Paris Saint-Germain (PSG) fans are full of hope that star forward Lionel Messi will indeed arrive in the French capital within the next two days to ink a contract that will complete his high-profile move from Barcelona.

Fans gathered outside the capital’s Le Bourget airport for the biggest part of Monday awaiting the star’s arrival on a private jet plane. More supporters convened outside of PSG’s Parc des Princes stadium awaiting word of the anticipated addition to the club’s arrival.

Inside sources who claim to be close to the anticipated deal continue to insist that despite Messi’s “slow approach”, there’s currently no anticipated issues with the former Barca star’s putting of pen to paper to a cash-rich two-year contract with an option of a further extension of 12 more months.

The contract is reportedly being negotiated by Messi’s father, who also happens to be his agent. Jorge Messi is according to those in the inner circle, dealing directly with club president Nasser Al Khelaifi, along with PSG’s director of sports.

The Messi family has apparently been enormously impressed by how PSG has been going about the wage negotiations – especially given the tight financial constraints placed upon clubs by UEFA’s rules of financial fair play. Despite the fact that they would not have planned on signing a star the size and prominence of Messi, they’ve come to the fiscal party with much on the negotiations table.

The club play their season’s opener on Saturday when they take on Strasbourg.