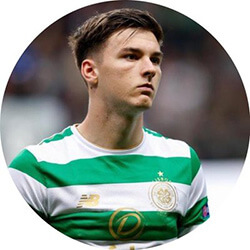 Kieran Tierney’s goal toward the end of the game saw Scotland’s 10-man team UEFA Nations League defeat at the hands of Israel, with a final of 2-1.

Alex McLeigh’s team let a lead slip in a difficult second half as they faced the 94th world ranked side Israel. And having won just a single game in their last 10, it was a bitter defeat for the Scottish side. They maintained their lead for the first part of the game in Haifa, but were eventually forced to concede twice, and saw John Souttar sent off the field.

By the halfway mark of the EUFA Nations League, Israel, Scotland, and Albania currently sit on even ground with three points each. Scotland, which is currently ranked 39th in the world, looked as though they would go on to win in the League C games after Charlie Mulgew took a winning score not long after Steven Naismith had been the victim of a foul.

But For Peretz’s goal and a clearance from Celtic left-back Tierney gave the hosts the win they whole-heartedly deserved. Israel, who have only been Andorra and Liechtenstein at home since 2014, fought hard to secure their place in the Nations League, and may finally have the chance they need to improve their international rank.

Scotland will now be moving on to the Albanians, who they previously beat at Hampden 2-1. After that, the team will be closing their campaign with a home game against Israel.