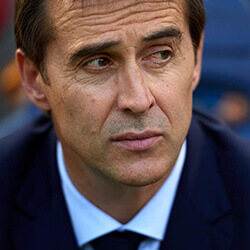 Spain has announced that long-time couch Julen Lopetegui has decided to leave the team just ahead of the start of the opening game at the 2018 FIFA World Cup, which is set to be played in Russia.

The news comes after the announcement that Lopetegui will be leaving Spain to instead coach the Real Madrid team. The news of his transference was released to reporters by Luis Rubiales, the Spanish Football Association President.

Only a few hours after the announcement, former World Cup captain Fernando Hierro was appointed as the new coach for Spain, replacing Lopetegui,

Rubiales told reporters that they were forced to remove one of their national coaches, but they they wish him luck on his new position. He went on to say that whatever achievements the national team earns during the World Cup will be based on the progress that Lopetegui and the players made before his departure.

He explained that everyone was affected by Lopetegui’s leaving, and that going forward the focus will need to be on the team and on the Spanish Football Association.

Spain were the champions of the World Cup in 2010, and are looking to earn the title once again in the upcoming games that are being held by host Russia. Their first match will be against Portugal, which is to be played in Sochi. After this, further matches for Group B will be against Morocco and IR Iran, which will take place at a later date.