Wolves Move Into Fourth Round of FA Cup 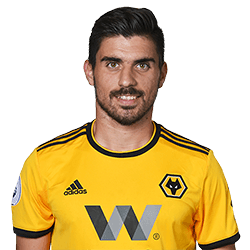 Ruben Neves pushed the Wolves into the fourth round as they pushed Liverpool out of the FA Cup. The midfielder claimed their 2-1 win at the Molineux after Divock Origi cancelled out Raul Jimenez’s first half opener, and gave the Wolves the chance to take a trip to either Stoke or Shrewsbury for the fourth round.

It marks Liverpool’s second straight defeat after their previous 2-1 loss at the Premier League when they faced Manchester City. Reds boss Jurgen Klopp made a total of nine changes, and gave the debut to three teenagers, and saw his shadow side pit on a poor display. But they were denied replay by John Ruddy’s incredible save when he turned Xherdan Shaqiri’s free kick on the post, although the Wolves didn’t seem too challenged against their otherwise lacklustre visitors.

The Reds have to debut to Curtis Jones and Rafael Camacho from the start of the match, while 16-year-old Ki-Jana Hoever entered the game after just five minutes. Dejan Lovren then added to Klopp’s defensive problems when he was forced off of the field with an injury, leaving the visitors without an experienced centre-back while Hoever, the team’s third youngest player, partnered with Fabinho.

The Wolves were attempting to take advantage, with Alberto Moreno deflecting Jonny’s drive wide while Neves and Joao Moutinho shot over. The Wolves were able to hold their defence without too many problems throughout most of the game, mostly due to their overwhelming experience.