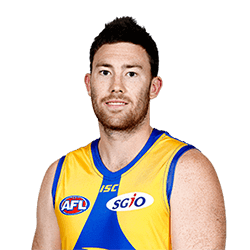 Jeremy McGovern earned a name for himself thanks to his legendary save at the end of the Port Adelaide vs West Coast game that almost saw the Eagles heading home empty-handed. McGovern managed a match-winning kick that he sent off after the Siren had gone off, and earned a huge victory for the Eagles. The kick was set up in the last quarter as the defender took a contested mark from Scott Lycett’s centre-square clearance, all with under 30 seconds left on the timer.

The kick held true, crossing the line just as the siren sounded, giving the Eagles the win with a 9.8 to 9.4 on Saturday.

The 32000 that were in attendance were stunned at the kick, which extended the Eagles’ current win streak at Adelaide Oval to five games, which includes last year’s incredible elimination final that Shuey won much in the same way as McGovern.

McGovern’s historic goal is the first time that the Eagles have led all game to the finish, making it one of their most successful to date. They were just ahead of The Power with less than a minute before game over before Mark LeCras managed a goal that pushed them into the clear before McGovern claimed the game at the end.

The Eagles are now second on the ladder at 15-5. and are just eight points clear of Hawthorn, who are sitting in third place. Just two games remain before the season comes to a close.