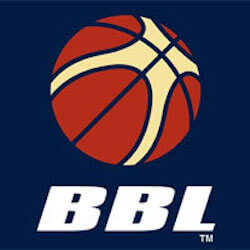 Unlike, say, footie or soccer fans, Kiwi basketball enthusiasts don’t have a massive range of high-profile tournaments to bet on, so the 2017-18 BBL Cup Finals in Birmingham, England on January 28 offers a welcome change.

The 2018 finalists in British women’s basketball are the Nottingham Wildcats and Caledonia Pride, while among the men, Worcester Wolves are up against Cheshire Phoenix. None of the sides in the final have won their respective Cups before, although Nottingham Wildcats were runners-up to Manchester Mystics in the inaugural WBBL Cup Final last year.

Pairings are drawn randomly at the start of the knockout tournament, with no seedings, so the British Basketball League season can always throw up surprises, and some interesting finals contests.

The BBL Cup and WBBL Cup are not to be confused with the English National Cups for men’s and women’s basketball, which are effectively second-tier tournaments in Great Britain’s second-tier leagues, which also encompass the Scottish Men’s National League.

Although still governed by the statutes of the English Basketball League, the BBL is autonomous in running its own competitions, including the BBL Cup and WBBL Cup.

One feature the BBL did retain from the English National Cup is the practice of not seeding teams, and determining the playing pairs at the start of the knockout contest by random draws.

The first WBBL Cup was only held in 2016-17, so the Nottingham Wildcats’ two finals in a row is the only real record for the women’s teams to beat so far.