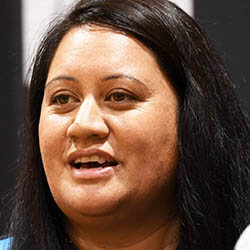 Chanel Pompallier is the latest addition to the Sky Sports Breakers professional Basketball team. She’s joining the ranks as an Assistant Coach and in so doing is becoming the first-ever female Coach in the Australia National Basketball League club’s history. She will soon start working alongside Dan Shamir, Director of Basketball, and Mody Moar, also Assistant Coach, to prepare the next season’s roster.

Pompallier has moved into the place of Zico Coronel who held the position for a season. Although the club recently announced the news of Pompallier’s appointment at a press conference, details around Coronel’s exit were not up for discussion. All Shamir would say is that the door on that relationship is still wide open and friendly relations have been maintained.

Shamir said that there’s a different mix of how things are being put together at the moment and that everyone’s looking for the right pieces to put into the correct places. He said that while there is a business element to the proceedings, he is not ready to get into too much detail about that side of things and finished off by saying that Pompallier is who they’ve added and more inclusions are likely for the future.

Corey Webster, Point Guard for the Breakers, said that he thinks Pompallier’s appointment is a great move. He mentioned her high Basketball IQ specifically, saying that she would be bringing her great knowledge of the game to the position and that her long history with it will no doubt serve her very well.