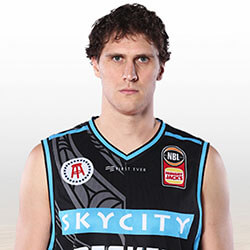 With scouts from the United States of America’s National Basketball Association present in the more than 8 000-strong audience at the Spark Arena in Auckland, RJ Hampton bested his fellow NBA prospect LaMelo Ball in their season’s first meeting. He went on to lead the New Zealand breakers to a massive win over the Illawarra Hawks, with a final score of 103-72. As impressive a performance as it was in terms of the team getting off the mark, though, this was no easy win.

Robert Loe, the stolid Centre for the Breakers, got forced off of the court after he sustained what may be a fracture to his skull. This was after he collided with Ball during the game’s first quarter. He left the game because of it and didn’t return.

Dan Shamir, Head Coach for the Breakers, didn’t go into much detail on the injury post-game, saying it was too early to make any conjectures. He did, however, say that Loe had been taken to hospital and that his injury was serious.

But Shamir was happy to talk about Hampton’s performance. The player established that he is feeling more confident when it comes to running offence for the Breakers, and Shamir noted that Hampton didn’t hesitate when he attacked the hoop and found teammates open on the perimeter.

While the NBA scouts may largely have been at the game to size up Ball and Hampton, it may well have been Scotty Hopson, Forward, and Sek Henry, Guard, who attracted the most attention. The pair combined scored 38 points, shooting 7/12 and 7/11 each.