Get Ready For FIBA EuroBasket 2017

All Basketball – All Of The Time 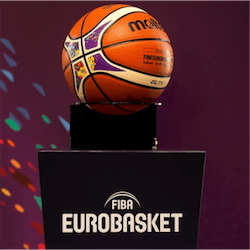 Ukraine were offered the opportunity to host the 2017 FIBA EuroBasket, but opted to decline due to the constant political unrest currently experienced by the country.  FIBA Europe on 5 November 2015 announced that a total of five national federations had applied to organise the 2017 event: Finland, Poland, Israel, Turkey and Romania.  During December of the same year it was announced that four of the five countries would jointly be hosting the 2017 competition – with Poland being the only country not included in the final selection.

Israel Ready Ahead of FIBA EuroBasket 2017

Captain Omri Casspi was notably keyed up when interviewed by the press, saying that he was excited to the point of not being able to sleep and that Israel was united for one goal.

With Basketball being a fairly new sport in Latvia – at international level in any event –  coach Bagatskis and his support coaching staff have been very hard at work readying the team ahead of FIBA EuroBasket 2017.

Speaking to the press, a motivated Bagatskis announced that this was the first year since 2010 that the team had not been able to spend an entire six weeks in preparation leading up to the championships, but that he was confident in the team’s abilities and that there was no doubt in his mind that the players would be functioning at optimal levels.

Bagatskis has been involved with the National Latvian Basketball team for the past eight years.