Boxer Joseph Parker in the Fight Against Negativity 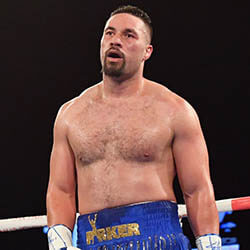 Joseph Parker, the one-time Heavyweight Boxing World Title holder, spent lockdown in his family home in Auckland, along with his personal videographer Kerry Russell. And over the past fortnight, the pair have created several light-hearted videos and then shared them on social media to keep people’s spirits up.

Parker said that the thinking behind these videos, which ended up attracting almost two million views worldwide, was simple. He wanted to come up with a way to lighten things up and make people under lockdown smile.

The latest video shows Parker and a host of his superstar pals dancing and miming the words to The Foundations’ 1967 smash-hit Build Me Up Buttercup. The clip features Dixon, Fury, the famed ring announcer Michael Buffer, Six60 lead vocalist Matiu Walters, and George Burgess, the Rugby League player from Britain.

Parker said that he personally reached out to his friends and family to invite them to jump in on the idea. He said that everyone included in the final clip responded right away, eager to be involved, and stated that it was a fun thing for everyone to do that also allowed others to have some fun too.

Parker said one of the first responses he received was from Tyson Fury and that he wanted to extend the two-time Heavyweight World Champion a special shout-out for that.