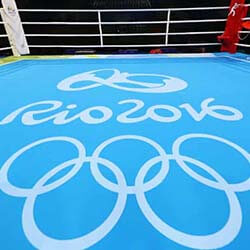 A potentially explosive investigation into the 2016 Rio Olympics has revealed that up to 10 boxing matches may have involved some form of bout manipulation.

Rumour has it one of the fights thought to have been manipulated may have been a bantamweight quarter-final brawl between Ireland’s Michael Conlan and Russia’s Vladimir Nikitin.

Currently working on the Rio 2016 investigation is Professor Richard McLaren, who headed up a formal inquiry into allegations of government-sponsored doping by the Russian Federation. McLaren is expected to soon hold a press conference for revealing some of his findings from the initial stage of his investigation into boxing. He three months ago got tasked with conducting an enquiry by amateur boxing governing body Aiba.

But allegations of bout fixing regarding boxing in Rio began emerging even before the first punch was thrown more than five years ago. Senior Rio officials at the time revealed to a prominent UK newspaper how certain officials had the authority to use their powers of manipulation in such a way that the judging system would ensure certain boxers won.

Conlan had been one of the boxers to question certain controversial decisions made during his semi-final brawl with his Russian opponent. He also at the time accused Aiba of being corrupt and rotten all the way through, adding that amateur boxing was all about who paid the most money for a win.

Aiba has since Rio 2016 been suspended by the International Olympic Committee. This suspension is now raising increased fears over the likelihood of boxing being forced from the 2024 Olympics.