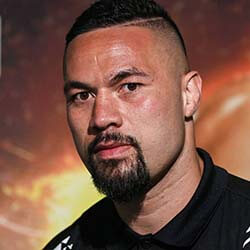 The latest development in the Joseph Parker drug scandal is the news that customs had removed from the former world champion boxer’s profile a ban on travel before police could execute a search warrant on the athlete’s property. The warrant had been issued over allegations of the New Zealand boxer’s involvement in a high-profile drug smuggling and supply operation.

Parker’s name had reportedly repeatedly come up during a 2018 police investigation into an international drug syndicate involving three more men who have since been jailed for their involvement. Police were granted a search warrant for Parker’s property, but due to the fact that the travel ban had been lifted prematurely by customs, they were never able to execute said warrant in good time.

Parker has all throughout vehemently denied his involvement in the smuggling and drug supply operation, and even went as far as doing so while under oath. His lawyer too, has described the allegations brought against Parker as completely unfounded.

Documents obtained by the media confirm that the search warrant was applied for by police investigators on June 5, 2018 and had on the very same day been approved of by judge. But since police only had 2 weeks to execute said warrant before it prescribed, no search was ever conducted on the boxer’s property and belongings.

According to the documents annexed to the search warrant on the court’s file, police had intended on executing but weren’t able to do so due to Parker having departed on an international trip the previous evening.