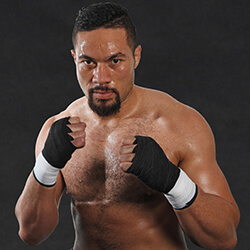 Joseph Parker is not playing around. The 29-year old Kiwi professional boxer has said straight out that he wants to knock out Junior Fa when they get into the ring on Saturday the 27th of February and that he intends to do it early on, in the first 6 rounds.

Chatting at a press conference held ahead of the Spark Arena heavyweight clash, Parker revealed that it is an open secret that he is looking for a KO because this outcome is something most boxers want. He added that he is fully confident that he has the power to lay Fa down.

Fa, however, is keeping his plans on the lowdown for now. Although he’s just as sure that he has the strength to render Parker unconscious. He added that he feels far closer to his old self than he did even a few months ago and is totally prepared for the upcoming match. This is after the previously scheduled bout with Parker had to be postponed after Fa’s blood tests revealed a health issue.

Fa said that he feels like he’s peaking at the perfect time and he’s incredibly excited to go finally up against Parker. He said that, while Parker can definitely hit, he is more than capable of avoiding his opponent’s punches. This was as much of his strategy that he revealed.

Both fighters are undoubtedly looking forward to expressing their pent-up frustrations and finally getting the issue of who is the better boxer settled.