Golovkin vs Alvarez: Yes and No

Golovkin vs Alvarez Ends in Controversy 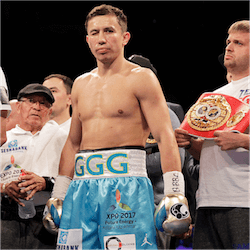 It was supposed to be a super-fight. It was supposed to allow Gennady Golovkin to add Canelo Alvarez’s Ring magazine and lineal titles to his WBA (Super), IBO, WBC and IBF middleweight titles, leaving only the WBO belt for the Kazakhstani champ to chase down for full title unification.

And it was supposed, according to most online sports betting sites and plenty of respected pundits, to end in a victory for Golovkin, the undefeated favourite. Some experienced sports writers were even predicting a KO or TKO, rather than the Mexican 27-year-old going the distance, despite his age advantage of eight years.

So punters were as gutted as boxing fans all over the world when Saturday night’s massively hyped Pay-Per-View event in Las Vegas’ T-Mobile Arena finished in a controversial split-decision draw, after it looked like Golovkin had done more than enough to take a win.

The upset has provoked outrage among fans, punters and boxing commentators alike, with accusations of a deliberate fix flying around, supposedly to milk Alvarez’s superior box-office appeal in the rematch.

It was a sour end to a bout that had gone the full 12 rounds, with both boxers executing solid fight plans and treating fans to a display of courage, commitment and brutally effective boxing.

Judge Adalaide Byrd, who scored the fight 118-110 to Alavrez, has been the focus of most of the hate from Golovkin fans, after fellow judge Dave Moretti gave the bout to the Kazakhstani 115-113. Even HBO’s unofficial judge, Harold Lederman, scored the fight 116-112 in Golovkin’s favour, so it’s hard not to think he was robbed.

But what many are forgetting is that the third official judge, Don Trella, scored the fight a 114-114 draw. If Golovkin clearly won more rounds, as his vocal supporters claim, and he was denied a victory because the judges got it wrong, Trella is as much to blame as Byrd.

If Golovkin did out-punch Alvarez, and Trella had recorded that accurately, the decision would’ve gone to Golovkin, whatever Byrd’s score was. Which isn’t to say that Golovkin necessarily was cheated of a win, but if he was, it seems a bit weird to pile on only one of the two judges responsible.