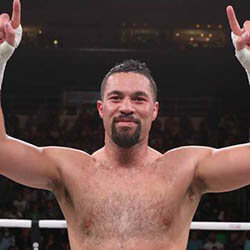 New Zealand Boxing’s Joseph Parker is set to return to New Zealand in August this year. The Heavyweight will be fighting for a select live audience in a fight to help launch the DAZN streaming service in our country.

Parker’s Manager, David Higgins, has been working on the upcoming event along with the boxer’s Promoter, Eddie Hearn, from Matchroom Boxing. As things currently stand, his most likely opponent will be Lucas Browne, thanks to the Australian being able to take advantage of the proposed Trans-Tasman Travel Bubble.

Although talks about a possible fight with Junior Fa have heated up recently, Higgins has gone on record as saying that the City Kickboxing fighter’s price is unfeasible. He’s said that Browne is a bigger name than Fa, having fought in a sold-out O2 arena in London England, has a profile in the United Kingdom, and has only lost a few times to more than worthy opponents.

Governmental restrictions on gatherings of more than 100 people in the novel coronavirus COVID-19 Alert Level 2 brings challenges of its own, but Higgins is firm about things going forward only if safety can be guaranteed. And, naturally, financial viability is an issue.

Higgins has said that everyone’s very optimistic at this stage of the proceedings and he stated that everyone’s doing due diligence regarding creating an event with fewer than 100 people present. He added that how this would work on network television needs to be ironed out too.