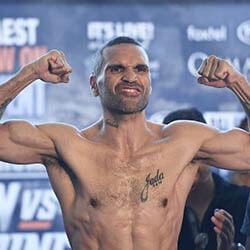 Anthony Mundine has earned himself a reputation for being straightforward inside and outside the Boxing ring and he’s wading into the coronavirus COVID-19 issue with guns blazing, saying that there’s a new world order unfolding and that this disease is fake.

The 44-year old has made some pretty weird comments over the course of his career, having previously taken a stance against vaccination. But his latest statements are controversial to say the least. He’s claiming that the virus which has killed thousands of people and infected hundreds of thousands the world over is a sham.

This is in defiance of the World Health Organization officially declaring a pandemic, defined as the outbreak of an unknown pathogen which spreads quickly from person to person worldwide. While warnings have been made that unreasonable fear should be avoided as far as possible, there are four countries that are currently experiencing many cases, China, Italy, Iran, and South Korea.

And though it has affected sports people all over the globe, postponing, rerouting, and even cancelling competitions, tournaments, and sports leagues, Mundine has his doubts about the whole thing. At the beginning of last month, he posted his views on Facebook, saying that, in his opinion, the coronavirus COVID-19 outbreak has been staged to force people to get vaccinated en masse.