McKean Wants to Pick a Fight With Parker 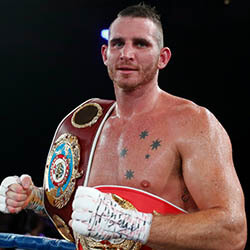 Demsey McKean, the unbeaten Australian Heavyweight fighter, seems to think he has the style and the size to beat New Zealander Joseph Parker as talks heat up about a trans-Tasman resumption of Boxing.

David Higgins, Parker’s Manager, and promoters from Britain’s Matchroom Boxing are eager to take advantage of the relaxation of the novel coronavirus COVID-19 restrictions in New Zealand. They’re reviewing the possibilities of a fight in August in front of a limited audience here that would have TV appeal globally as Boxing fans champ at the bit for a return to action.

McKean and Lucas Browne have been touted as Australian options and Junior Fa is the most logical Kiwi opponent for Parker, although he appears to have been priced right out of the fight. Browne has far more international appeal and shares a link with Parker. They were both trounced by Dillian Whyte, the British boxer, although Browne got KO’d and Parker saw a loss in points alone.

McKean is seen as one of the biggest movers in the Australian ranks. He has remained unbeaten over his 18 fights, with 12 of these being KOs, and has got two World Boxing Organisation regional belts. He’s moved up to a more-than-respectable No. 14 ranking with them. The 29-year old grabbed the Australian Heavyweight title in 2017 and has also dabbled in Mixed Martial Arts in the past. He also has size on his side, at 1.98 metres to Parker’s 1.93, and is a southpaw.