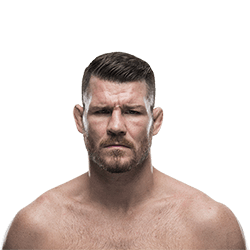 UFC icon Michael Bisping has told reporters that he believes the much-anticipated fight involving YouTube stars KSI and Logan Paul is a “mockery and insult” to combat sports.

The YouTubers, who are set to fight it out in the Manchester Arena for ultimate bragging rights, finally face each other after months of verbal sparring, and while many are eager to watch the fight, others feel that it’s an unnecessary publicity stunt.

KSI is a British YouTube personality that has seen action in the ring before after he beat fellow YouTuber Joe Weller in February. Paul Logan, who has been the subject of much controversy this year, has never taken part in a professional fight.

Michael Bisping, former UFC middleweight champion, who trained KSI earlier in the year, has called out the fight, believing it to be nothing more than a farce. Talking on a podcast, Bisping explained that although he doesn’t know much about what the YouTubers do, he feels that their fight is an insult to all those that have dedicated their lives to professional fighting.

Bisping went on to say that the two are acting like pro boxers, and that they are making a mockery of martial arts and the sport of boxing. He did add that he was surprised that KSI had maintained his condition since their time together, and was impressed that the YouTuber had continued his training.

A recent news story revealed that both are set to make large amounts of money from the fight, no matter the outcome.