Parker Announces His Return to the Boxing World Via TKO 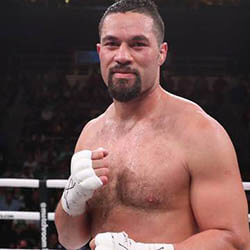 New Zealand Heavyweight boxer Joseph Parker is already eyeing opponents for his next big fight, mere days after managing a very impressive TKO victory on the 1st of March 2020.

It’s safe to say that Parker is back on the world stage thanks to his performance in the ring against Shawndell Winters in Texas over the weekend. After an eight-month absence from the world of Boxing, he announced his return by putting Winters onto the canvas in the fight’s second round and then finishing him off for good in the fifth one.

The 28-year old Comeback Kid now has plans to step into the ring at least twice more this year, with the first fight he is interested in occurring as early on as May 2020. Parker said that he wants to stay busy, adding that he hopes to face off against British professional boxers Dereck Chisora and Dillian Whyte again, or anyone in the Top 10. He said that he knows he belongs on that list and that fighting someone on it already will help him lift his game.

He spoke of Chisora being a formidable opponent and about wanting to fight him for a long time and then added Whyte, American Andy Ruiz Jr, and Russian Alexander Povetkin to his list of dream combatants.

Parker said that Eddie Hearn, the English sports promoter, was happy with his match’s outcome and will be in charge of securing the Kiwi fighter’s next bout.