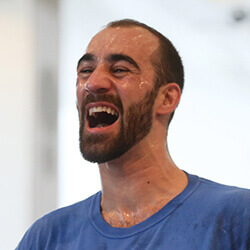 Sean Dodd has been on a winning streak of note in the last few months, and he’s been given another opportunity to test his mettle.

Dodd is the current Commonwealth lightweight champion, managing to hold on to his title by outperforming Thomas Stalker in a match that took place last September.

Taking place at Echo Arena, it was a fight that had split the crowd down the middle. But Dodd pushed through and took the title thanks to his higher accumulation of points.

Later this April, he’s set to fight against Tommy Coyle, and many believe it will truly be a night to remember. The match will be broadcasted exclusively by Sky Sports, and both competitors will be facing each other for the title.

The event will once again be taking place at the Echo Area, with former world champion Amir Khan on the card for the match, in light of his recent deal with Eddie Hearn and Matchroom Boxing. A tweet confirmed the card, posted by Hearn, reading, “Working on a big card for Amir Khan’s return. First up is Dodd vs. Coyle for the Commonwealth lightweight title.”

Many are eager for the match, and it looks to be one of the biggest and most brutal in recent memory. Ticket sales are yet to be announced, but should be hitting the market fairly soon, making it a must-see match for any enthusiast.