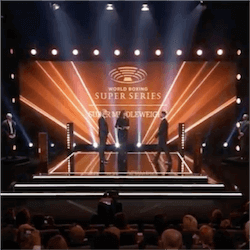 Reigning WBO champion Oleksandr Usyk is the massive odds-on favourite to beat hard-punching Marco Huck in their World Boxing Super Series (WBSS) inaugural bout in Berlin on Saturday. The Ukrainian is being offered at best odds of $0.70, dropping to worst options of $0.01. That’s not surprising, considering the 30-year-old Olympic gold medallist’s stellar record of 12 wins in 12 pro fights, 10 by KO.

Huck will be fighting in front of a home crowd in Berlin’s Max Schmelling Halle. As WBO cruiserweight champion from 2009-2015, he’s the second-longest-reigning holder of the title of all time. He has a lot more experience than Usyk, after 45 fights, and he’s won 27 of them by KO.

However, he also has four losses and a draw on his stats, and he’s two years older than his opponent. Usyk has an inch in height and reach on the German too; as a result, the most optimistic betting sites are offering Huck at $7.00, with the pessimists going as high as $12.00.

Usyk v Huck is the very first quarterfinal fight in the WBSS, set to run until May 2018, when champions in each division will be decided. The tournament works in an elimination format, in 91kg cruiserweight and 76kg super-middleweight divisions, with eight boxers starting in each weight bracket, and seven bouts scheduled per division.

Should it succeed in attracting boxing fans and sports betting enthusiasts, German owners Sauerland Promotion in partnership with their former CEO, Richard Schaefer, plan to make the tournament an annual event.

Other WBSS QFs Coming Up

There are three other quarter-finals scheduled for the WBSS cruiserweight bracket: Russia’s Dmitry Kudryashov fighting Cuban Yunier Dorticos in San Antonio on 23 September, the 30 September fight in Riga between Cuba’s Mike Perez and Latvian Mairis Briedis, and at a US venue still TBD on 21 October, Pole Krzysztof Wlodarczyk meets Russian Murat Gassiev.

Three fights have been finalised for the super-middleweight QFs, all of them featuring at least one UK fighter: Callum Smith meets Swede Erik Skoglund in Liverpool on 16 September, Chris Eubank Jr fights Turkey’s Avni Yildirim in Stuttgart on 7 October, and the George Groves-Jamie Cox clash on 14 October in London is an all-Brit affair.

The last bout of the super-middleweight bracket, German former WBA and WBO title-holder Juergen Braehmer against undefeated US fighter Rob Brant, has yet to have its date or venue confirmed. Best guess is late October, somewhere in the USA.