Whyte Reveals How He Rose Up after Joshua Fight 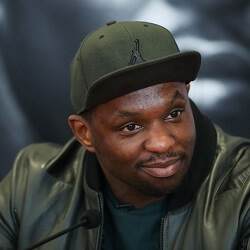 Dillian Whyte has revealed that his fight against Anthony Joshua caused him to rethink his career. He stated that he found that his physical and mental condition was lacking, and that the fact that he was training by himself down in London was not cutting it.

Whyte said that he now goes to the Loughborough University for strength and conditioning, and stated that they created Olympic champions there frequently. He explained that there were different levels of training available, for beginners, mediocre fighters and those operating at the top level.

Whyte noticed steady improvements in his strength and conditioning, and he has gone from the lowest level to the best. He explained that it had taking him some years to get up to the standard, but that his numbers were good. He added, however, that there is always room for improvement, and that he was focussed on making them better every day.

An average day for Dillian Whyte has him doing cardiovascular training at 10am, strength and conditioning at 2pm, and then boxing at 6pm. He added that he had cleaned up both his lifestyle and hist diet, and was living better all around. He has gone from training six to eight weeks before a fight to doing so all year round, and maintaining his best condition 12 months of the year.

He no longer lets himself go, only to pick up again as he was readying himself for a fight, and aimed to remain at his top physical capacity day in and day out.