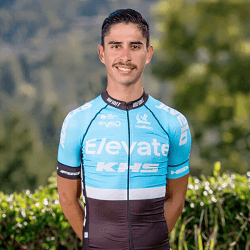 Mexican rider Eder Frayre has proven his mettle once again by making a second impressive climbing performance for the 2019 SBS Bank Tour of Southland, further securing his chance for a yellow jacket. The rider, who rides on behalf of Kia Motors, scored his second stage victory in just two days, backing up from his win at Coronet Peak with another at Bluff Hill. He has now banked the twin peaks, and in a prime position to become the fifth overseas rider in 63 years to win New Zealand’s most prestigious cycling event.

Talking about his latest progress, Frayre stated that it had been a long stage and that the won in front of them had made it difficult. He added that their team had a race plan, and had worked on the front for the entire day, doing a good job overall. Frayre had practised climbs on Bluff Hill prior to the event, but it had not fully prepared him for the intensity of one of the country’s most well known stages. Continuing his statement, the rider said that he had arrived a week ago, and had decided to do on practice round that turned out to be easy, but that his latest climb proved more difficult.

It was also another solid day of progress for Southland’s Corbin Strong, who followed his third place on Coronet by beating defending champion Michael Vink, who was forced to ultimately settle for third place at the end of the day.