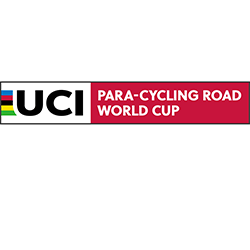 Tandem duo Fachie and Hall, who won in their events at the Rio Paralympics, claimed victory at the road race by two seconds after winning the previous time trial.

20-year-old Graham had managed to edged out team-mate Ben Watson during the time trial and took another win while riding in the road race. Britain finished the World Cup with 12 medals, which included a total of six golds. Graham, taking about the event, said that the road race had been fast from the beginning, and that he knew the climb was going to be where the race would ultimately be decided. He added that with one lap to go, he had attacked his Italian opponent, and that he had entered the last lap knowing that whoever reached the top first would be the winner.

A number of gold medals were also awarded for the Crystal Lane-Wright as part of the WC5 time trial, as well as for trike rider David Stone in the MT2 time trial.