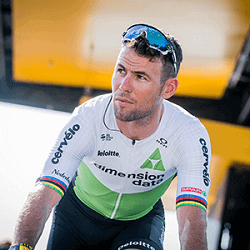 British rider Mark Cavendish has been officially eliminated from the Tour de France after the 11th stage of the event. Cavendish was unable to make it to the finish line by the end of the stage, and his elimination is the first time in his career so far that he’s been cut from the roster of the Tour de France.

Cavendish, who is part of Team Dimension Data, had already been falling behind after he barely managed to remain in the competition in Stage 10.

The 10th Stage, which saw riders under the pressure of time trial, had to make their way from Annecy to Le Grand Bornard, where Cavendish made it with only a few minutes to spare.

The British rider is known for his sprinting, and has struggled in the past with climbing. Stage 11 saw him battling through the French Alps, where he lost valuable time and was unable to cross the finish line within the limit. He finished alongside his team made, Australian Mark Renshaw, as well as German sprinters Rick Zabel and Marcel Kittel. Cavendish has since told reporters that he’s “bitterly disappointed” about his elimination, having crossed the line 30 minutes outside the time limit – which had been extended due to difficulty – and coming in as the last rider of the pack to finish.

Despite his cut from future Stages of this year’s Tour de France, Cavendish still maintains a shining record, having accrued 30 stage wins in previous races.